With thriving industrial developments, strategic location and developed infrastructure, Selangor positioned itself as the most progressive State in Malaysia.

Despite the pandemic, the State contributed 24.3 per cent to the national gross domestic product (GDP) in 2020. Its robust economic growth has attracted domestic and foreign investors for many years. Now, Selangor aims to strengthen its halal industry as it eyes endless opportunities in the global halal market.

Previously, Selangor’s halal industry was under the purview of the investment executive councillor. As one of its strategic plans to attract more investors, the State introduced a new halal industry portfolio in September 2020, connecting its Shariah institution as the policyholder. This move makes Selangor the first State in Malaysia to do so.

In an exclusive interview with @Halal, Mohd Zawawi Ahmad Mughni, Chairman of the State Executive Council (EXCO) for Islamic Religious Affairs, Consumer Affairs and Halal Industry Committee, revealed what was in store for the State’s halal industry development, 10 years down the road.

Being handed the halal industry portfolio amid the pandemic, Zawawi said the responsibility was a challenging task.

He said: “To make the State’s halal industry a viable and competitive industry nationally and internationally is a new challenge for me. However, a roadmap called Selangor Halal Action Plan (SELHAP) was jointly developed by Selangor Islamic Religious Department (JAIS) and Invest Selangor, through various engagement with the stakeholders. It is a 10-year plan for the State’s halal industry.” 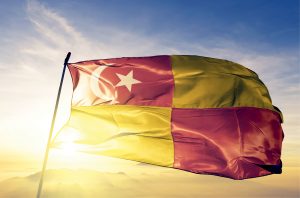 He shared that Aspire Flagship Sdn Bhd, an organisation responsible for managing HIS programmes, was approved to be rebranded in October 2021. A new team, consisting of a new CEO and a few staff, was then set up to coordinate and drive all significant activities approved in SELHAP.

Stressing that halal today has gone beyond just food and beverages, he revealed Selangor planned to establish its Ar-Rahnu institution moving forward. He believed the elements offered by Ar-Rahnu attracted the interest of consumers, be they Muslims or non-Muslims.

“The main objective of Aspire Flagship is to plan and execute HIS programmes to attract foreign investors to the State’s halal industry. We have the halal hub, which has been here for many years.

“However, the halal hub at the beginning may focus more on the real estate concept. I’m currently reviewing it and looking at some exit plans to develop this halal hub fully.

“In our master plan, we also have the halal port project. It does not require us to have a new port, but just a designated area. It will also cover its banking system and other aspects and act as a one-stop centre.

“We’re looking forward to realising this halal port project. On top of that, Selangor was selected by the federal government to build the 4th port in Pulau Carey. It will be part of our halal supply chain project.”

Hopping on the digitalisation wave

“Consumers these days are more comfortable using online systems or applications for shopping, etc. The buying behaviour has changed – consumers will directly buy the products from suppliers.”

Zawawi said the State’s halal economy ecosystem would serve as a network that did not require people to be in certain places to purchase items as sellers and buyers would be connected via the ecosystem. 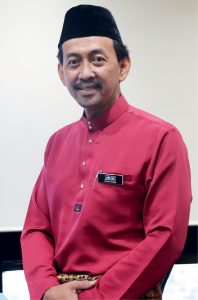 “We’re also building an application for consumers to check the halal status of a product. They can use their phones and scan the products to see the information of the products, whether they’re registered or not, whether the halal logos are real or fake. We will launch the application soon.”

The application would also feature halal restaurants and other Muslim-friendly facilities and hospitalities. The initiative was aimed at familiarising society with the halal lifestyle.

Zawawi said: “I believe with the Selangor Smart City and Smart State development, it can facilitate in speeding up the effort to make halal as the way of life.”

In assisting halal businesses in marketing and promotion, the State also prepared an International Muslim-friendly Affiliated Network (IMFAN) platform for small business owners. The platform was ready to serve the people about a year, but there was a lack of marketing efforts to promote its utilisation.

Like any other industry, Selangor’s halal sector also experienced significant disruption in activities due to the pandemic. However, the State was determined to move the industry forward and allocated RM1 million at the beginning for advocacy campaigns.

“But the challenge is we have to carry out the programmes online as the pandemic continues. We do programmes such as public speaking, targeting university and college students. These students would submit their public speaking videos to us, and we would assess them. There were around 150 participants, quite encouraging.

“For the grand finale, we chose 10 shortlisted participants to compete face to face at a hall. It seems like we managed to identify new talents to speak and discuss halal issues,” said Zawawi, adding that the videos were also used as an awareness campaign for the community.

Aside from that, the State also held other programmes such as halal quizzes and essay writing for advocacy purposes. In terms of assisting individuals affected by the pandemic, Zawawi revealed the State had also come up with programmes for these people to generate income and improve the economy.

“We’re thinking of ways to assist the affected entrepreneurs in surviving in this pandemic, especially after the flood situation. Even though we have no latest data on the affected individuals, we have already started a few programmes for income generation.

“One of the programmes is called Halal Suri Darul Ehsan (Halal Suri). The concept is we do matching grants. The State will provide RM2,000, and the participant will prepare another RM2,000 for the capital.”

Halal Suri targets women such as housewives and single mothers with monthly incomes of less than RM3,500 to generate additional income. The participants can sell various frozen food from home through this programme. Koperasi Warga Hijrah Selangor Berhad (Kohijrah) is the strategic partner of the programme.

“We provide a freezer to keep the frozen food for food items such as chicken, fish, frozen ‘kuih’, etc. They (participants) can put the items at their house and promote them online,” shared Zawawi, saying that the programme also aimed to increase halal food production.

The first series of Halal Suri witnessed 56 participants. As for 2022, the State aimed to double the figure. Selangor also came up with a halal voucher programme as part of its advocacy programme. Next, the State will organise the Selangor International Halal Convention (SELHAC), launched on Dec 29, 2021. The first segment of SELHAC was the Selangor’s Halal Industry Forum, held the same day with its launching. The other two segments – Halal International Selangor Business Expo and Halal Industry Business Matching – will be in March, 2022.

Zawawi said many restaurants did not prioritise getting the halal certification, but the State was arranging meetings with the restaurant owners’ associations to discuss this matter.

“We’re meeting the Malaysian Indian Muslim Restaurant Owners Association (Presma) soon. They have more than 4,000 members, operating around 14,000 restaurants nationwide. This is a considerable number, and I believe most of the restaurants are located in Selangor and Klang Valley.

“The other one is the Malaysian Tomyam Operators Association (Pertom). Even though most people will not look for halal certification of the restaurants, we want to make the concept ‘halal as the way of life’ to expand further,” he said.

According to Zawawi, who also holds the State’s Consumer Affairs portfolio, there were a few reports regarding fake halal logos. Currently, around 29 JAIS enforcers will administer the activities on the ground. These enforcers will monitor, audit and carry out other related tasks regarding halal certification.

“We’re short-staffed to audit and monitor the 5,200 halal certificate holders in Selangor. But, we carry out the inspection periodically. We’re thinking of engaging external professional auditors to assist us. There’s no issue for multinational companies (MNCs) as they have their halal executives, but this is more for the small and medium-sized enterprises (SMEs).”

Zawawi added the department also received reports and complaints regarding halal certification issues through social media. The investigation would be based on official reports by consumers.

Then, he said there was also a public perception that the halal certificates were hard to obtain, and people needed to go through a very rigorous process in getting them. However, he stressed it was just a perception and depended on a case-by-case basis.

He did not deny some cases involved importing ingredients from overseas and requiring the approval of some departments and labs. These procedures might delay the process and increase the cost of getting the halal certificates.

However, he said restaurants operating in premises often had no problem getting halal-certified. The issue became a bit complicated when some small businesses were operating from their own house, unoccupied agriculture land, etc.

“We have to prioritise customer interests. We have to look at safety and hygiene aspects. All these aspects need to be considered, for the interest of customers and the businesses,” he added.

He also revealed the State had planned to establish its halal lab by working together with Universiti Selangor (UNISEL). The State was still exploring this idea although the cost would be high.

Zawawi said he and his team would go to the United Kingdom in February to meet some industry players in the pharmaceutical, cosmetic and F&B sectors.

“We already contacted some Malaysian restaurants and hotels to see the potential of Malaysian products to be promoted there. We also want to invite them to invest in Selangor.

“Even though the Covid-19 cases are on the rise, we have no choice. We need to manage the risk to move forward,” he said.

He revealed that the State had plans to join some expo and conferences overseas and go to countries with a vast halal market like China and South Africa.

“We’re identifying countries that have halal awareness, and we will try to penetrate the market.”