Smartwatches are used regularly by athletes, players, workers, and typically the younger generation to monitor their daily activities. 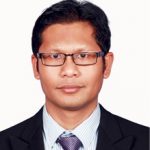 Today, health issues have become one of the more crucial matters in our life, especially since the outbreak of the Covid-19 pandemic.

Malaysians, especially adults, encounter various health problems such as obesity, diabetes and many more. The world witnessed travel restrictions, moving from one place to another, which triggered more initiatives to fulfil society’s daily needs. In this scenario, we need to look towards how extensive technology has been adopted in the interest of health.

Initiating from the first known industrial revolution through the expansion of steam engines and waterpower, mechanised production and then moved into electricity usage in the industrial revolution 2.0 and allowed mass production with assembly lines. Then we saw integrated circuits with computer technology used to automate processes in Industrial Revolution 3.0. The world is now looking into Industrial Revolution 4.0, which intensifies automation via the Internet of Things (IoT). 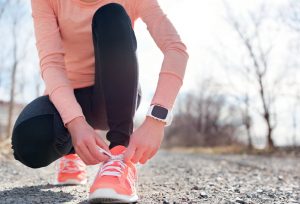 All these features are now even used in smaller-sized gadgets such as smartwatches. Smartwatches are used regularly by athletes, players, workers, and typically the younger generation, monitoring their daily activities. The activities include working, sleeping, exercising, cycling, swimming and even at rest.

The development of smart sensors with several automation detections that would read the human body composition such as fat, muscle reading, oxygen level, stress index, blood regulatory is no more a joke since the industrial revolutions emerged in our lives. Naturally, people are further motivated to propel themselves when they can visually observe their exercise levels. Most smartwatches with fitness capabilities will offer a heart rate monitor. It can assist users in staying on track with exercise and make sure they do not over-train.

Technology has taken centre grade nowadays, making it more comfortable and more straightforward to do our daily routines than when our parents fared in their time. Nevertheless, is there any inference to drive the generation gap much more significant, particularly when technology evolves drastically from time to time, neglecting our parents?

These older people will suffer from loneliness syndrome, and this condition needs special attention as it can affect the emotional stability, health and economy of the elderly. A report by the United Nations in 2007 states that seniors in Malaysia will double from seven per cent to 14 per cent in 28 years compared to Sweden, which took 112 years for the same change.

Incentives must be revised

With the evolution of technology through smartphones, the industries have become more inventive by designing smartphones that consist of several digital applications- Apps such as free fitness trackers integrated with smartwatches. In that sense, the smartwatch will assist the older generation in building and preserving healthy practices; specific exercise challenges; personalised insights, such as sleep records and wellness briefs; and mindfulness programs to support respiration down and soothe their mind. At the same time, their stress level would be under control.

Malaysia must revise the incentives given to this nation by encouraging a healthy lifestyle such as fitness programs for the youths and not forgetting the elders. The government should follow our neighbouring countries such as Singapore, which introduced several campaigns to promote a healthy lifestyle, including giving free smartwatches for those 60 years and above.

The motivation would be delivered through tax exemption, especially for sport and digital smartwatches, to encourage people to buy gadgets and monitor their health progression. For the record, Malaysia started the Walk 10,000 Steps campaign in 2009, initially targeting women aged 18 and above as this group is a less active group than men.

Several campaigns of challenging their fitness achievement such as maintaining the 10,000 steps a day for a month would be organised, and incentives such as discounts and shopping vouchers for healthcare products once they succeed in completing the task.

It could become a new norm to instil a healthy Malaysian culture. — The Health