How the Top 7 fared 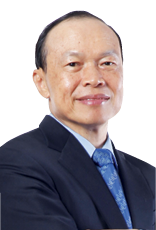 The world’s biggest glove maker’s net profit in its Q1FY2021 ended Nov 30, 2020, soared 2032 per cent to RM2.38 billion from RM111.43 million in the preceding year corresponding period. This was attributed to solid demand in gloves due to the pandemic, efficiencies in production and higher average selling price (ASP).

However, in November last year, Top Glove was embroiled in a major Covid-19 infection cluster – the Teratai cluster – involving more than 2,000 of its workers. It affected production as it had to stop operations in 20 factories and eight production lines.

This immediately impacted the glove producer as its shares dipped 17 per cent, with about RM11 billion market capitalisation wiped out in the same month.

Thus, although Lim has been gradually mopping up Top Glove shares since last year – with an increase of 1.23 per cent to 26.94 per cent as of Aug 13 – his stake in the company is now worth only RM8.1 billion, having lost almost 60 per cent or RMRM10.5 billion in market cap from its peak.

Meanwhile, Tropicana Corporation Bhd, in which Lim is chairman and major shareholder, bought 11.25 million Top Glove shares in December 2020. It suffered losses when it disposed 1.85 million of the glove maker’s shares in April for RM9.98 million at or RM5.40/share, below its investment cost of RM12.59 million or RM6.80/share. 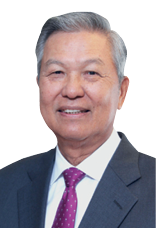 With 1.6 billion of Hartalega Holdings shares in hand, its founder and Executive Chairman Kuan Kam Hon @ Kwan Kam Onn’s wealth expanded to RM31.33 billion when its shares reached a 52-week high of RM18.69/share.

Despite earnings growth remaining strong in 2021, its share price has plunged more than 60 per cent to RM7.07/share by Aug 17. As a result, the value of Kuan’s shares in Hartalega has also shrunk significantly by 64 per cent to RM11.19 billion.

The company started only with four production lines producing rubber gloves in Kepong in 1988. Today, Hartalega has grown into one of the world’s largest producers of nitrile rubber gloves. It owns 12 plants with an annual production capacity of 43 billion gloves.

Moving forward, Hartalega plans to build 16 new manufacturing facilities over the next 20 years and aims to increase annual production capacity to 95 billion gloves by 2027. 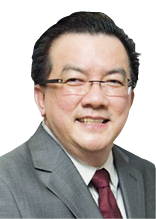 Thanks to the demand for rubber gloves due to the pandemic, Supermax Corporation founder and principal shareholder Datuk Seri Stanley Thai Kim Sim has emerged as a billionaire in Malaysia.

During the same period, Supermax Corp’s bumper earnings for its
Q1FY2021 ended Sept 30 came as revenue rose 265.6 per cent to RM1.35 billion from RM369.94 million a year
ago while net profit soared 3,090 per cent to RM789.52 million (Q1FY2020:RM24.75 million). The company attributed the outstanding profits to higher average selling prices for gloves and continuous robust demand.

However, just like the other gloves counters, Supermax Corp’s share price nosedived 72 per cent to RM3.07/share on Aug 17 this year. Along with this, Thai lost 75 per cent of his wealth accumulated through his shares in Supermax during the peak period, losing RM9.42 billion to RM3.02 billion.

Meanwhile, in December, Thai and his wife Datin Seri Tan Bee Geok had transferred their shares in Supermax to Supermax Holdings Sdn Bhd, an investment vehicle. Subsequently, Supermax Holdings is now the substantial shareholder of Supermax Corp. Both Thai and Tan are still the major shareholders of the glove maker.

It can produce 26 billion gloves per annum and has an expansion plan to increase its production capacity to 48 billion gloves annually by the end of 2022. 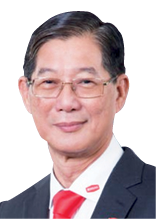 As for its Q4FY2020, Kossan saw its net profit increase seven-fold to RM542.49 million from 61 million in Q4FY2019. The good results were mainly due to higher sales volume and ASP of rubber gloves.

The group is aware that the demand for gloves will eventually ease, and the ASP will decline on a gradual basis. Nevertheless, Kossan expects its results for the remaining quarters of 2021 to be satisfactory as its glove capacity had been fully taken up until the end of 2021 while still receiving orders for 2022.

Despite an upward trend in its revenue and net profit, its share price slumped by 58 per cent to RM3.16/share as of Aug 17. As a result, the value of Lim’s shares fell by 59 per cent and are worth RM3.8 billion.

Kossan, founded by Lim, is one of the largest manufacturers of disposable latex gloves globally, with an annual production capacity of 28 billion pieces. It is also Malaysia’s largest technical rubber products manufacturer, with a total compounding capacity exceeding 10,000 metric tonnes. 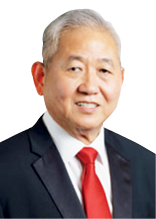 Just like the other gloves tycoons, Comfort Gloves Executive Chairman Datuk Lau Eng Guang lost 44 per cent or RM229 million as the company’s share price fell 64 per cent to RM1.79/share as of Aug 17 from a 52-week high of RM4.94/share.

As for its financials, the company has been recording stellar performances. For its Q3FY2021 ended Oct 30, 2020, it recorded its highest-ever net profit (as of October 2020) at RM90.3 million, up 1,119 per cent from RM7.4 million compared to the same period a year ago due to higher sales volume and ASP.

Meanwhile, in its first quarter of FY2022 ended April 30, 2021, the company posted its highest-ever quarterly net profit of RM219.13 million, an increase of 1,241 per cent from RM16.34 million a year ago. This was due to higher sales volume with a significant higher ASP and better economies of scale.

The company can produce 6.8 billion gloves per annum with its existing capacity.

With all the completed production facilities, Comfort Gloves will produce up to 8.6 billion gloves. 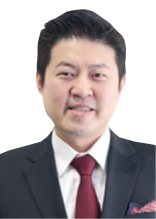 Datuk Ong Choo Meng emerged as a substantial shareholder of Rubberex Corporation on Feb 28, 2020, after he bought a 26.69 per cent stake or 67.31 million shares in the company, following the execution of a share sale agreement (SSA).

Before the pandemic, Rubberex’s share price was hovering below 20 sen and surged to hit a 52-week high of RM3.05/share. Subsequently, Ong who has been increasing his shareholding in the company saw the value of his 148.27 million shares in Rubberex expand to RM1.36 billion (which includes a two-for-one bonus issue in October 2020).

It is noted that Ong held 50.27 per cent of Rubberex’s shares through Hextar Rubber Sdn Bhd at the end of last year before disposing of 107 million shares in April.

In its Q3FY2020 ended Sept 30, 2020, the glove maker’s net profit rose more than 11 times to RM39.52 million compared to RM3.11 million a year ago due to higher demand for nitrile gloves, higher ASP, favourable exchange
rates and improved production efficiencies.

In its immediate pipeline, the company is installing additional production lines capable of producing up to 7.5 billion pieces of disposable nitrile gloves per annum by 2022, representing a significant 300 per cent boost from its current 2.5 billion pieces to 10 billion pieces.

In addition, the producer of household and industrial rubber gloves is also poised for expansion later this year at its new 11.9-acre manufacturing site located in Lahat, Kinta District, Perak. 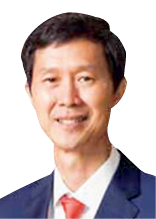 Having 134.92 million of Careplus Group shares in hand priced at RM4.44/share (52-week high) during its peak, its Group CEO and Executive Director Lim Kwee Shyan’s wealth stood at RM600 million.

In its Q3FY2020 ended Sept 30, 2020, Careplus reported a strong set of financial results as its profitability returned to the black to RM42.86 million from a loss of RM4.94 million in Q3FY2019, thanks to an increase in the ASP from the surge in demand due to the Covid-19 pandemic and higher sales quantity.

The glovemaker attributed the drop in net profit (compared to the previous quarter) to the lower ASP of rubber gloves coupled with higher costs.

On its development plans, the installation of nine lines has been delayed to the end of 2021 due to the enhanced movement control order (EMCO) and recent factories shutdown. In addition, there will be another two lines installed by early 2022.

Furthermore, another eight lines are being planned to be completed by the end of 2022.

With this, Careplus is expected to have 55 production lines with an annual capacity of 10.06 billion pieces of medical and surgical gloves by the end of 2022.  — The Health