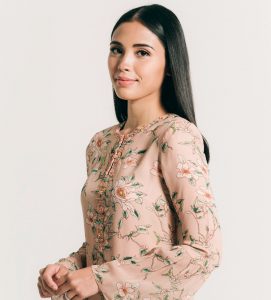 Tengku Puteri Iman Afzan co-founded The Green Ribbon Group in January 2021. She set it up with her best friend, Puteri Nor Arianie Yasmin. Puteri Nor has always supported and encouraged her to share her story so that others sharing similar challenges know they are not alone.

Together with them in the team are Marsya Shamshul Bahari and Maryam Johan.

“Things happened at such a fast pace! I felt it was time to set up something on my own. I had planned on doing this in 2017, but it wasn’t the right time. The pandemic just added to the urgency of launching my own platform,” Tengku Puteri Iman Afzan told The Health.

“I work with a small team of three exceptional women who share my vision and mission. Green Ribbon Group’s role is to reach out to as many stakeholders as possible to deep-dive into their concerns and find a way to bridge those gaps.

“We see ourselves as aggregators in the mental health community. We do not wish to replicate existing initiatives. Instead, we are here to empower organisations and individuals who have been working tirelessly on mental health. We also hope to bring in new stakeholders and really push the message that everyone has a role to play in mental health advocacy.

“I resonate a lot with the quote, ‘We rise by lifting others’. If I were, to sum up, the essence of the Green Ribbon Group, this would be it.”

Green Ribbon is a platform to raise awareness on the importance of mental health and fundraises and channels resources to where it is most needed. It collaborates with stakeholders on specific demographics, segments and challenges concerning mental health.

She believes Malaysia can contribute to global standards in mental healthcare. Green Ribbon aims to live up to the recognition accorded them by World Federation for Mental Health, the World Health Organisation and other United Nations agencies. — The Health