Duopharma Biotech Bhd is planning a significant investment of around RM280 million towards a plant that could make Malaysia self-sufficient in vaccines within two years.

It is in discussions with the Russian Direct Investment Fund (RDIF) and the Gamaleya National Research Institute of Russia and is investing in expanding a new manufacturing facility in Klang.

Duopharma Biotech Group Managing Director Leonard Ariff Abdul Shatar said the company was at the tail-end of constructing a facility in Klang, which was to have been a biological facility for protein therapeutics.

However, it plans to convert that into a vaccine-manufacturing facility by investing another RM200 million. It has already spent nearly RM80 million on the infrastructure so far.

He said it was expecting to have the certificate of completion and compliance (CCC) for the facility by the fourth quarter of this year.

“We believe with the right terms and conditions, we could give Malaysia vaccine self-sufficiency within two years,” he told The Health.

In terms of size, he said the facility would cater to the Malaysian population. There will also be the prospects of exporting to the Southeast Asian region.

Currently, the Sputnik V vaccine is being brought in the form of finished vials, given the urgency of the situation and in line with the government’s effort to expedite the national vaccination programme.

“There is an argument that Malaysia would need some level of self-sufficiency in vaccine production in future. 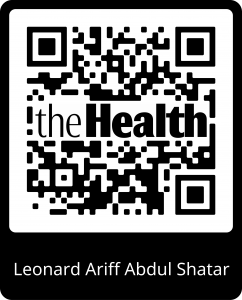 “And if Covid-19 becomes endemic and mutates, there will be a need for regular booster shots. Then, the economics for a manufacturing facility becomes more feasible.”

He said any manufacturing facility must be commercially sustainable.

“Any investment that we do has to be in a technology that is robust and can stand the test of time.

“The technology offered by Gamaleya is proven, and we believe the ability to manu-facture a broader spectrum of vaccines is possible. You need an adaptable technology platform.”

Duopharma Biotech recently signed a term sheet agreement with RDIF to secure 6.4 million doses of the Sputnik V vaccine. It will also explore collaborating in research & development with RDIF and Gamaleya.

Sputnik V is the first registered vaccine globally. After some initial criticism against it, more than 50 countries have now registered it. It is one of three vaccines in the world with an efficacy rate of over 90 per cent.

In fact, Russia has always been at the forefront of vaccine development. It was the first to develop an Ebola vaccine.

Leonard Ariff said the vaccine was in the process of being registered with the National Pharmaceutical Regulatory Agency (NPRA) and Duopharma Biotech aims to obtain approval in March. If all goes well, Malaysians will be able to get their first Sputnik V doses in April.

The Sputnik V vaccine storage temperature is at -20 degrees Celcius or lower. There is a need for infrastructure for Duopharma Biotech to receive the vaccine and the MoH to administer the vaccine.

“In anticipation of potential registration, we are now working out the logistics with the MoH. So, the registration and the logistic preparation is actually working in parallel.

“We have signed a term sheet with the MoH, and it is still being negotiated,” he said, expecting it to be completed in March into a definitive agreement.

He also shared that after discussing internally and understanding the timeline of MoH, Duopharma Biotech decided to begin with obtaining the finished multi-dose instead of going the fill-and-finish route. — The Health

To jab or not to jab