The paid session was held on Nov 17-18, 2020, bringing a difference from the previous sessions, this time featuring a Masterclass on Islamic Finance.

The webinar was held virtually through a Zoom Meeting platform. In this series, the focus was more towards ‘Islamic Finance’. This series was a masterclass, where the organiser conducted a workshop-like online seminar.

This series received 52 registrations from 12 countries. There were seven distinguished speakers from Malaysia, Indonesia, Sri Lanka and Nigeria – leading the conversation with topics about the “Future of Halal” in their respective fields.

The session continued with the highlight – a Masterclass session by the Director and Principal Consultant of Tawafuq Consultancy, Muhammad Aiman Mohammad Salmi, followed by special remarks by the Chairman of Malaysia’s Shariah Advisory Council, Datuk Dr Mohd Daud Bakar. 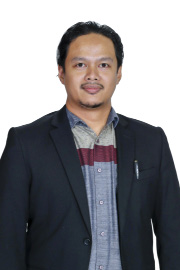 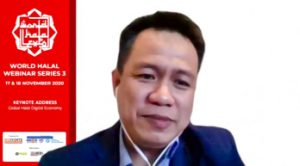 The event later moved to a panellist session discussing ‘How Sukuk, Zakat and Waqf and Islamic Fintech can support SMEs recovery due to the Covid-19 pandemic’. The second day’s final session was conducted by Dr Mohamad Mahbubi Ali, who shared his insights on ‘Sukuk and Shariah Audit’.

“The Malaysian government, through MDEC, is driving the digital economy forward. It had identified Islamic finance and the digital economy as Key Economic Growth Activities (KEGA) to achieve its national commitment of elevating the country to become a nation of sustainable growth,” said Norhizam.

“At the same time, we ensure fair and equitable distribution, across income groups, ethnicities, regions and supply chain.

“This is a strategic move leveraging on Malaysia’s well-established global leadership in Islamic finance while taking advantage of the fourth industrial revolution (4IR) and how it could play a role in the country’s overall economic growth.”

At the cusp of the 4IR, Malaysia is blessed with the chance to re-engineer the human experiment using technologies that decentralise authority and deemphasise divisions along the lines of colour, creed and country – to what the Japanese have coined as ‘Society 5.0’ where Malaysia, later on, adopted the term and introduced ‘Malaysia 5.0’.

The new narrative (Malaysia 5.0) would position Malaysia as an economy of innovation to compete in a disruptive technology world and serve as a springboard into the Asean region, acting as a bridge between Asia, Middle East and Africa and interconnect with the 1.8 billion Islamic population worldwide.

MDEC envisions playing a leading role in catalysing Malaysia’s transition to ‘Malaysia 5.0’ by drawing on Malaysia’s secure position as a global leader in Islamic finance.

MDEC aims to ensure the digital economy will drive forward the promise of shared prosperity for many and still deliver on its promise of being inclusive and rewarding for all and emphasising its three primary focused drivers: empowering Malaysians with digital skills, enabling digitally-powered businesses, and driving digital investments.

Norhizam highlighted: “According to the Department of Statistics Malaysia, Malaysia’s digital economy continues to be a key driver for growth, contributing 19.1 per cent to the national economy, up from 18.7 per cent in 2018 and is expected to exceed the projected target of 20 per cent by the end of 2020.”

Malaysia 5.0, on the other hand, will directly address financial inclusion, access, performance and growth through the 4IR tools, such as fintech, blockchain and Internet of Things (IoT).

With a substantial contribution from the Islamic Digital Economy, MDEC projects that it will provide a unique and competitive advantage for Malaysia to lead the regional and global Islamic digital marketplace.

“Our performance in the Islamic digital economy to date has supported the development of the country’s overall digital economy. We strongly emphasise the adoption of Islamic finance through fin-tech as fin-tech marks tremendous opportunities to connect with the masses, especially the rural population.

“For this, economies should take this opportunity to make it the backbone of their communities as unique financial-inclusion opportunities will ensure them to improve their living standards and increase their contribution to socio-economic development,” he further indicated.

In principle, there should be no reason why Shariah advisors should not be open to financial innovation, such as fintech. They should try to absorb their practices as fin-tech is seen as the nexus between finance and entrepreneurship. Finance is essential in helping start-ups and entrepreneurs get off the ground and scale-up.

Deal for a seal

Covid-19 vaccine need not be halal